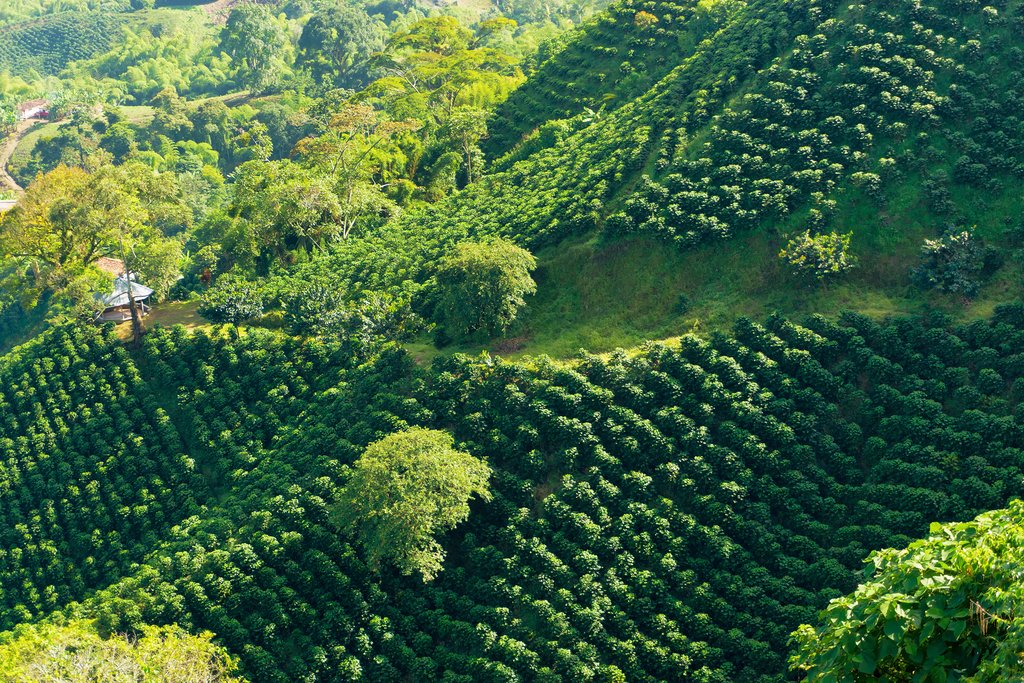 One of the questions we’re most frequently asked is that of why different types of coffee beans have such entirely different flavour profiles. Truth is, you don’t have to be a coffee connoisseur to pick up on quite spectacular differences from one type of gourmet coffee to the next. Depending on your own personal preferences, Arabica coffee can present notes of anything from flowers to citrus fruits to fine wines to dark chocolate.

The question being – why do different types of coffee beans taste so different?

Variations in flavour and aroma are caused by a wide variety of contributory factors. One of which of course being the type of coffee tree itself – every coffee tree producing its own unique coffee berries, with their own unique characteristics.

But in terms of how and why these trees and cherries are so different, it all comes down to the region in which they’re grown. Hence, the reason why sampling different types of coffee beans from different parts of the world can be such an enjoyable and enlightening experience.

At the top of that belt is Central America. Most coffees in this region are harvested from Costa Rica, Guatemala, Honduras, El Salvador and Nicaragua. Described as having a clean and bright taste with good acidity, coffees from this region are often considered a sort of everyman’s coffee: exceptionally well-balanced and mild to medium in body. That said, there’s plenty of high-grade Central American coffee being served in specialty coffee shops around the country.

Colombia, Brazil, Ecuador and Bolivia make up the bulk of coffee growing countries in South America. With a climate similar to its northern neighbours, South American coffees generally share many of the characteristics with those of Central America, and are often very mild-bodied. While being a light, clean cup, these coffees are also a bit creamier, sometimes with a slight chocolate, caramel aftertaste.

A handful of countries make up the coffee-growing regions of Africa. The sprawling continent provides plenty of excellent coffee-growing areas, each producing a unique, complex cup of coffee that is generally described as sweet, fruity and floral. The earliest known coffee drinking happened in Ethiopia and Yemen, both countries that still produce highly regarded beans using traditional methods. If you’re looking for the current hip region for coffee beans, this is it, with the most popular roasts coming from Tanzania, Ethiopia, Kenya, Uganda, Rwanda and Burundi.

Asian coffees in the Pacific Rim, Indonesia, Papua New Guinea, Vietnam and the Philippines are the most popular coffee growers, and for good reason. Robusta, the bitter beans that make up only 30% of the world’s coffee production, are mainly produced here. If you hear “big and bold” describing a cup, it’s more than likely coming from this area of the world.

← Back to Coffee Articles