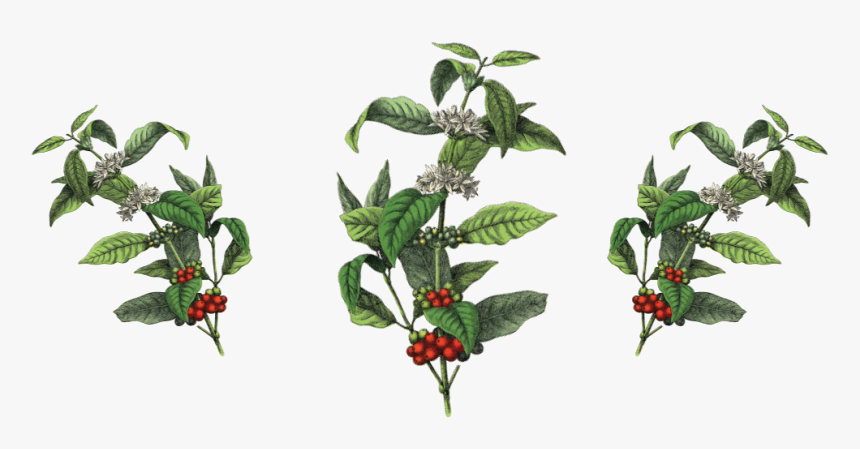 When talking about coffee, people usually referring to the fruit from one particular species of tree: Coffee arabica. It's grown in dozens of countries between the Tropic of Capricorn and the Tropic of Cancer. Over 120 different species have been identified to date but only one other grown in any quantity and this is Robusta. Downside of this coffee is, it doesn't taste really good.

Robusta has a woody, burnt-rubber quality in the cup, very little acidity but will have heavy body and mouthfeel. Most of produced robusta ends up in large manufacturing plants destined to become: instant soluble coffee.

Robusta crossed with Coffee euginoides and produced Arabica. This new species spread and really began to flourish in Ethiopia.

Coffee tree is thin, trunk with numerous branches coming off it, supporting foliage and fruit. However if you look closer there are many differences between trees varying in amounts of fruit, different colours, especially cup characteristics when the seeds of these varieties are harvested and brewed.

Few coffee consumers are aware that there are different varieties of the Arabica coffee tree, mainly because much of the world's coffee always has been, and still is, traded by origin.

Types of varieties are: Typica, considered the original variety from which all other varieties have mutated or been genetically selected. Bourbon which has higher yield and its believed it has distinctive sweetness, making it prized and desirable. ﻿Caturra﻿ which has been popular in Columbia and Central America, though is still fairly common in Brazil. ﻿Catuai﻿ is a hybrid between Mundo Novo and Caturra. ﻿SL-28 and SL-34﻿ are created in Kenya by Scott Laboratories and they are very prized with blackcurrant flavor. ﻿Geisha﻿ is a tree that produces exceptionally aromatic/floral cups, and the demand for it has driven prices up. ﻿Pacamara﻿ is crosstype of Pacas and Maragogype producing chocoalty and fruit flavor notes.

← Back to Coffee Articles